Since we call ourselves an Evangelical Church, I think it is well worth knowing more about the meaning of the word “evangelical”. Below is an extract from a recent article written by Michael Jensen on this very topic.

I [Michael Jensen] was recently part of a panel on ABC’s The Moral Compass. It was a full and frank, no-holds-barred discussion of the place of “Special Religious Education” in schools. One of the panelists used the word “evangelical” as a term which was clearly meant to ring alarm bells with his audience. The delivery of Scripture classes was by “fundamentalist, ee-vangelical” groups. Self-evidently, we were supposed to be frightened that this indicated a fringe sect, only loosely in touch with sanity and certainly not with reality.

For a second, it crossed my mind to pause, and say: “I identify as an evangelical Christian: as one who shares in the great tradition of Wesley, Whitefield, Simeon and Wilberforce. They were nation builders and compassionate individuals and pursued an intellectually robust and spiritually earnest faith wholeheartedly. I have no shame in trailing in their wake, or in the wake of Stott, Packer, Spurgeon and many, many others. I find it offensive that you use that term to belittle and demean others. Imagine using the word ‘Catholic’ or ‘Muslim’ in that way.” And then I didn’t say that, because as a Christian I don’t think I should play the “politics of offence” game.

But it did make me reflect on the word “evangelical” and its usefulness in the contemporary world. Does it communicate anything useful to say you are an evangelical anymore? Does the widespread and woeful ignorance of this terminology mean that there’s no point trying?

A little history is needed to address the question properly. Words have histories, and names that applied to groups especially so. The word “evangelical” was used at two moments in history to describe two movements within the Christian church. It’s a word that is built from the Greek word for “gospel” or “good news”, euangelion. In the 16th century, “evangelical” was the term used to describe the churches that broke away from the Roman Catholic Church over the authority of Scripture and the gospel of justification by grace alone through faith alone. These reformers, known later as “Protestants”, more usually called themselves “the evangelicals”, and described their churches as “evangelical”. Even today, the German Protestant churches are called Evangelische But the word was also associated with a descendent group of this first group of evangelicals, the “evangelical movement” of the 18th century. This movement was particularly strong in the English-speaking world, and featured the great preachers John Wesley and George Whitefield. What characterised this movement? Following the historian David Bebbington’s account of the evangelical movement, we can say that it was (and is) conversionist, biblicist, crucicentric and activist.

It was “conversionist” in that the evangelicals held that in order to be saved, a person needed to be born again – to repent, and believe the gospel. Evangelicals did not assume that a person was saved by outward adherence to religious forms or moral codes. It had to be inwardly authentic. And so they preached “you must be born again.” They held enormous revival meetings, and experienced extraordinary revivals. They preached outside of the church walls, in the meadows and in the streets. And the evangelicals became great missionaries and the supporters of missions, throughout the expanding world.

It was “biblicist”. That is, evangelicals in the 18th century stood for the authority of Scripture over every other in matters of faith. The Bible was the living and active word of God, not human reason or church tradition. Evangelicals thus became interdenominational, because while they were happy to work in different denominations, they did not hold institutional allegiance as being at the heart of Christian faith.

It was “crucicentric” – which means that for evangelicals the cross of Christ has a central place in the gospel. Without the atoning blood of Jesus Christ, there is no evangel. There is no gospel to preach without the death of Jesus for sin. It is fascinating how this comes out in evangelical hymns, such as William Cowper’s somewhat disturbing “There is a Fountain Filled with Blood”.

Lastly, you’d have to agree that evangelicalism was and is an “activist” faith. This is a vague term, perhaps, but evangelicals haven’t seen themselves as removed from the world by their faith but rather plunged into it, often in its most difficult and complicated arenas. Evangelicals have been nation builders, sponsors of education and prison reform, advocates for social and political change, and standing for the rights of others. Evangelicals were prominent in the women’s movement. The evangelical movement spawned many of the social welfare groups that still serve us today. One thinks of World Vision, Tear Fund, the Salvation Army, Barnado’s, and many, many more … …

… … The word “evangelical” is a great word, because it says that you are a gospel Christian first and foremost, and not a church Christian, or a cultural Christian. It is worth telling the story of the evangelical movement because it is one of the great stories of our age, and it has so much that testifies to the power of Jesus Christ in it. It is worth standing in this heritage because it is intellectually rich and yet powerfully convicted of gospel truths. It offers a spirituality that is profound, and it compels people to do extraordinary things to help others.”

Yes, our church family wants to introduce people to a personal relationship with Jesus (conversionist), we are bible based (biblicist), we keep the Cross of Christ central (crucicentric) and we are always wanting to be giving ourselves fully to the work of the Lord (activist). Yes, we seek to be evangelical in the true sense of the word.

We're not around right now. But you can send us an email and we'll get back to you, asap. 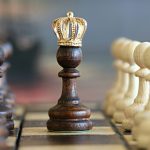